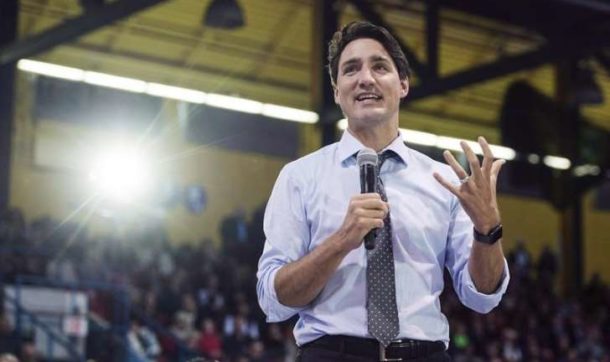 He will hold a public town hall at Sackville High School in the Halifax suburb of Lower Sackville starting at 7 p.m.

Trudeau told Halifax’s News 95.7 radio station these events allow Canadians to ask questions and “challenge” their prime minister about whatever issues they want.

“Absolutely no vetting. It’s open to anyone who shows up at Sackville High,” he said.

He said the town halls have become a regular staple of his annual schedule, and they have had an impact on policy decisions.

“Sometimes in the bubble in Ottawa, we get wrapped up in things that aren’t resonating and aren’t really top of mind for a lot of Canadians, and that’s why … staying active and connected with folks in their communities is one of the most important things we can do,” he said.

It’s expected to be the first in a series of such gatherings across the country. Trudeau is scheduled to be at McMaster University in Hamilton, Ont., on Wednesday afternoon. Then he will head west.

A Nova Scotia mother who says she isn’t getting enough help to care for her severely autistic son hopes to make her case to the prime minister at Tuesday’s town hall.

Carly Sutherland says she’ll lobby Trudeau to establish a national autism plan. Asked about that on News 95.7, Trudeau avoided the question but said Ottawa already does a lot on autism.

Also Tuesday, supporters of Abdoul Abdi, a 23-year-old former child refugee who is facing deportation to Somalia, plan a rally outside the town hall. Trudeau told the radio station he didn’t want to talk about specific cases, but said Canadians are glad to know we have a rules-based system that treats everyone fairly.